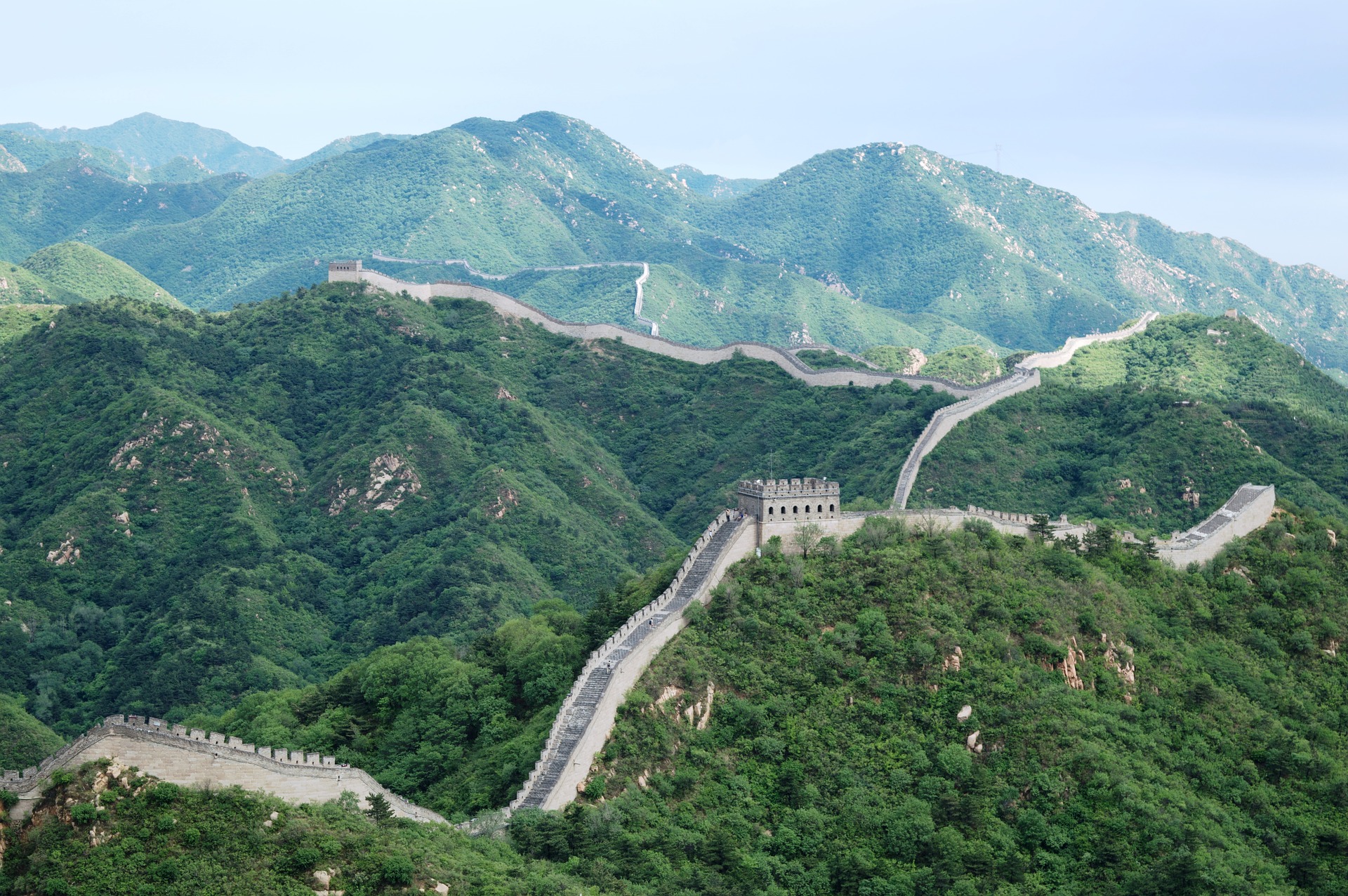 How To Visit The Great Wall of China for $53 (Including Breakfast and Lunch!) Before traveling to China, I knew it was going to be pretty cheap, but I didn’t realize just how cheap it was until I went to visit The Great Wall.

First off, when I went to visit Beijing, I stayed in the heart of the city. From my hostel to the Great Wall was about an hour and a half drive. Sounds like a stretch, right? On top of it being a long drive, I was told there was NO public trains to get there and that the only way was by bus or taxi (both being extremely hard to use when you don’t know Chinese). When I was told all that, I started worrying. I was solo traveling and I HAD to go to the Great Wall… I mean… how do you go to Beijing and NOT go to the Great Wall?

Luckily, I stayed at the best hostel, Happy Dragon Saga Youth Hostel, which had cheap tours (check out a review of the hostel here).

I went on the Mutianyu Great Wall tour, which is provided daily. There are other tours you can take depending on which side of the wall you want to visit. I wanted to visit the Mutianyu side specifically because I wanted to ride on the toboggan slide (basically a slide that goes all the way down the Great Wall – it’s super cool!).

Note: You don’t have to stay at the hostel to take a tour with them!

The tour provided a bus ride there and back from the hostel. Meaning, I got a 3 hour bus ride for less than $40 – crazy! In America, a three hour Uber ride would cost around $200 or more just by itself. So less than $40 for that ride… I was already convinced.

But they didn’t stop there, they also provided breakfast AND lunch.

Breakfast was provided at the hostel before everyone set out. You’d go down to the eating area at 7AM and it was waiting for you. You had 30 minutes to eat because once it hit 7:30AM, it was time to hop on the bus and head to the Great Wall! There was a “tour guide” on the bus that spent a little bit of the ride there telling you about the history of the wall along with tips on the different parts of the wall you could check out. He was actually pretty humorous too. It was nice entertainment to kill an hour and a half.

Providing breakfast was also nice because it gave me a little bit of time to talk to everyone else going on the tour before getting on a bus with them for an hour. I ended up meeting A LOT of cool people and even ended up doing the majority of my hike with a couple cool guys I met on the bus ride there.

Once the bus dropped me off, everyone followed the tour guide to the entrance of the wall. The tour guide had all our tickets pre-bought so we didn’t have to worry about standing in line – he just gave us our ticket and we didn’t see him again until it was lunchtime. And the entrance ticket is included in the 280 RMB ($43)! Butttt we did have to stand in line if we wanted to take the cable car up to the wall instead of hiking. I 1000% recommend taking the cable car up because the tour doesn’t offer enough time to hike all the way up there (trust me…. it’s higher up than you may think). A roundtrip ticket on the cable car costed an extra 65 RMB ($10). 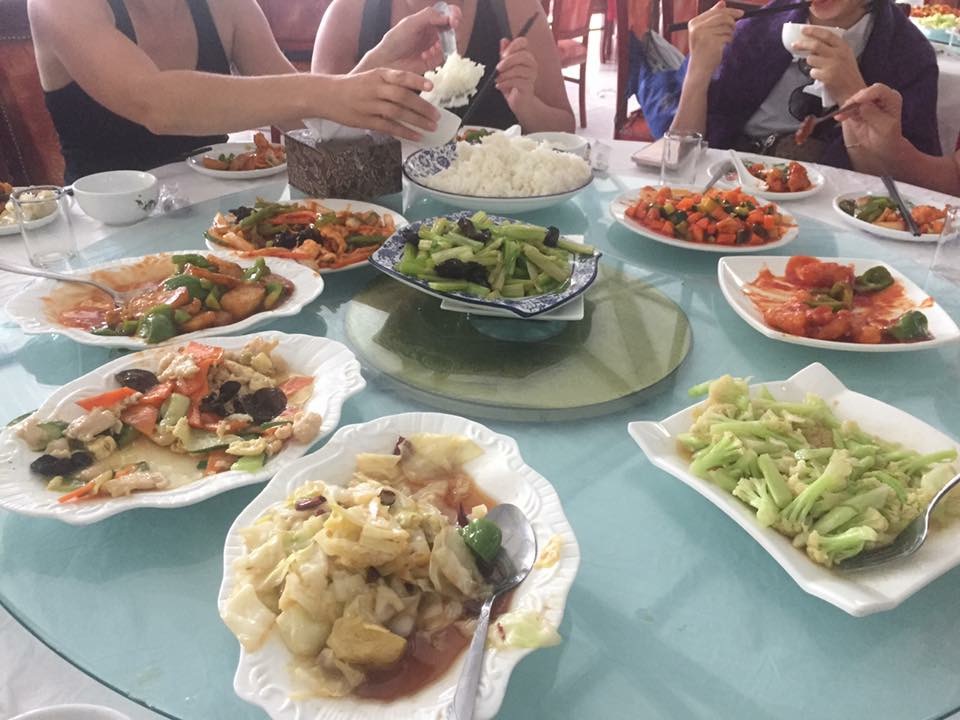 Once it’s 12:30PM, I met up with everyone at a Chinese restaurant right by the entrance, which like I said before – is included in the price! The lunch was a family style lunch meaning everyone on the tour sat together at one table and turned the center console in circles and grabbed as much food as we wanted. This is very popular in China! And they even provided more food once everything ran out. It was really good, totally worth the price!

Once lunch was done, we hopped on the bus and were dropped back off at the hostel.

Hopefully this helps some of you out that are on a budget. They made everything easy and affordable! I would recommend them to anyone. 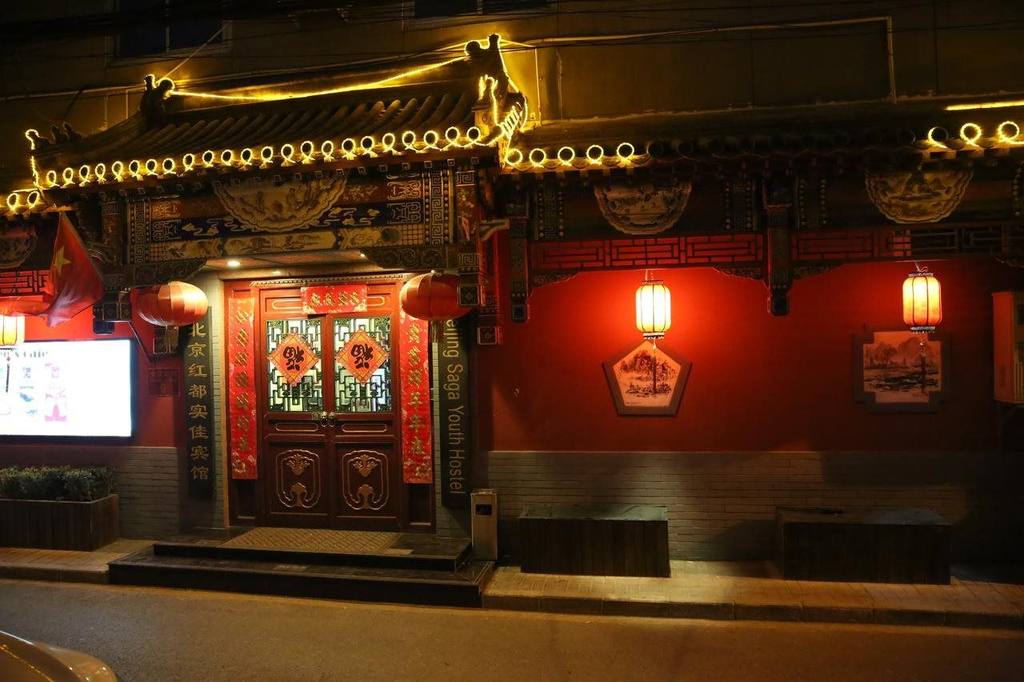 How to Get Around Beijing