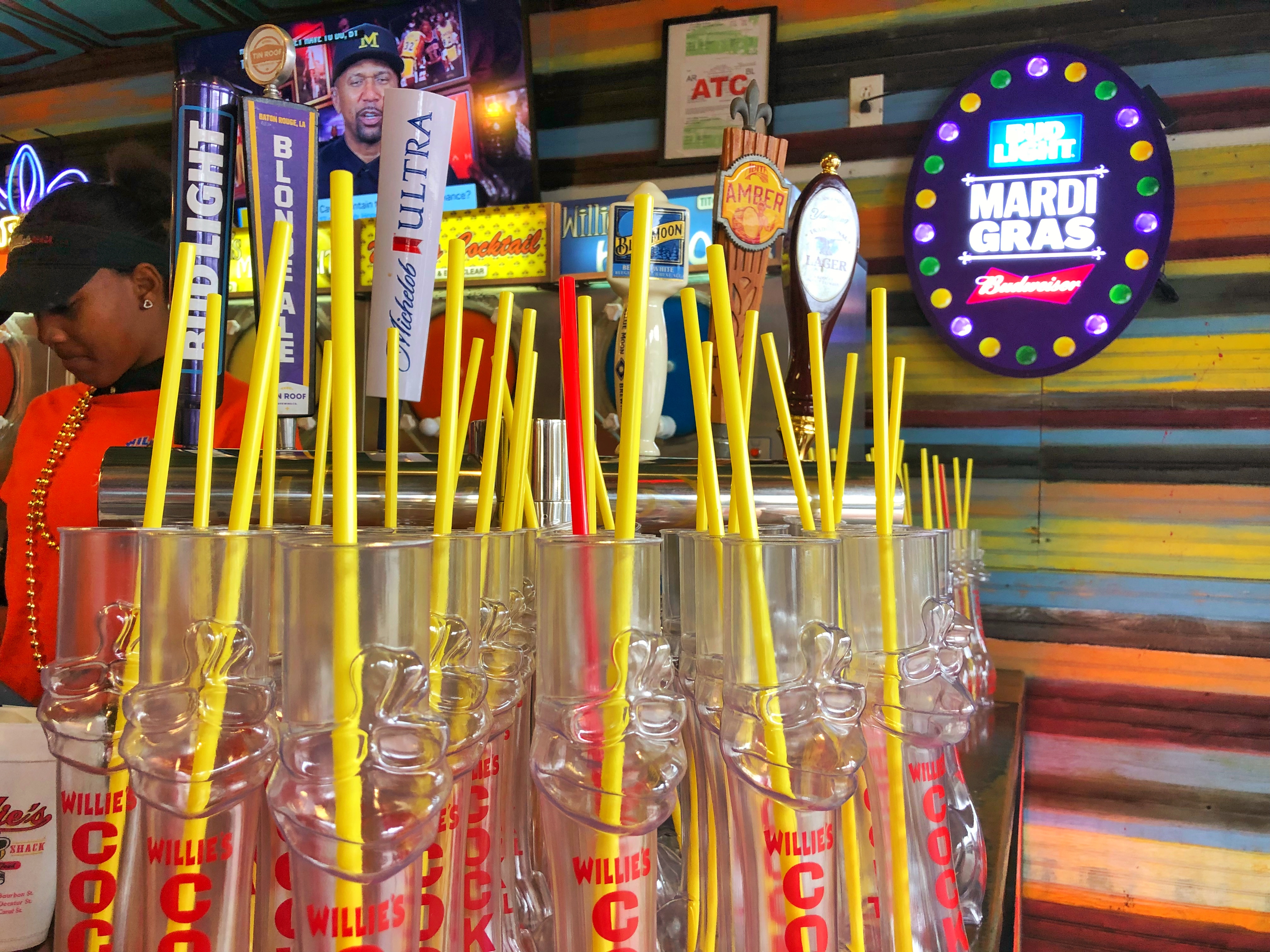 Let’s Get Drunk: Where and What to Drink in New Orleans

Last week I was in an adult playground (what most people know as New Orleans) for Mardi Gras. It’s absolutely crazy to me that there is literally a holiday in this city where people spend a month getting drunk and flashing people for beads. It seems crazy – but it’s real. Definitely real.

The great thing about it is that since they spend an entire month celebrating, they do their drinks RIGHT. Typically, whenever I think of festivals, I automatically expect all the drink prices to rise and the alcohol in the drinks to be limited. They have to make the most money out of the situation, right? Not New Orleans. The drinks I had were crazy strong (spoil alert – most had Everclear in them).

And I’m not someone who has one shot and falls on the floor the same night. I can drink as much as any borderline alcoholic can (not saying that I am a borderline alcoholic… but also not saying that I’m not). It almost had me thinking “are they celebrating Mardi Gras or their drink prices?” When I was in New York City, I paid $15 for a long island that did nothing for me. $10 and I’m good for the night? I’ll take it. The only bad thing is that you may feel good, but that doesn’t mean you’ll want to stop.

Where did I go? This is my #1 suggestion if you want to get drunk without spending a ton of money. It’s located on Bourbon Street (surprise, surprise, right?). A lot of different bars on Bourbon sell the Grenade drinks but Tropical Isle specializes in them. Get a Grenade for $10 and I promise you won’t regret it.

To be honest, at first I thought $10 was pretty expensive but literally one of those drinks could have had me good for the majority of the night – if not all of the night.

Hint: Look up! There are little baskets hanging from the ceiling to throw your little grenades toys into (if you’re sober enough to shoot).

Spirits on Bourbon is my recommendation for those that want to be entertained. It’s not a huge place but every inch of it is pretty exciting. When you first walk in, you see a chair that most likely has someone sitting in it being spinned by some girl showing a lot of skin. That, my friends, is the shot chair. They sit you down, pour a shot in your mouth and then spin you around while slapping you.

Yes. The lady slaps you. Aggressively. You can’t really complain though because you know what you’re getting into when you do it.

Did I try it? No way Jose. I’m just a little less crazy than the people who are into that kind of stuff.

The shot girls aren’t the only thing making your eyes dizzy. The bar’s signature drink is called a “Resurrection” which comes in a flashing skull mug. You even get to take it home with you – WIN! Although I believe the drink was about $15… a little more pricer. Just depends how bad you want that mug!

Another good drink from this bar: The Barber Beer. It’s like a red alcoholic root beer float! Want to stay off Bourbon? Check out Willie’s Chicken Shack. They’re located all over New Orleans and have killer alcoholic daiquiris. I personally got their signature “Willie’s Cocktail” which included Everclear along with another type of alcohol. Just like the Grenades – these will get to you. Definitely worth the $13-$15. Me and my roommate both grabbed one (just one!) of these to drink and ended up just sitting and talking forever because you know how people get when they drink… plus the vibes of the restaurant were pretty chill. Note: Please do not actually slap your mom if you go here.

So you don’t necessarily have to spend a ton of money on alcohol to enjoy being an adult in New Orleans. $10-$20 can have you feeling on top of the world easily. What are you waiting for… buy the plane ticket to Louisiana!